What is ECC Memory?

For most businesses, it's mission-critical to eliminate data corruption, which is the purpose of ECC (error-correcting code) memory. ECC is a type of computer memory that detects and corrects the most common kinds of memory data corruption. 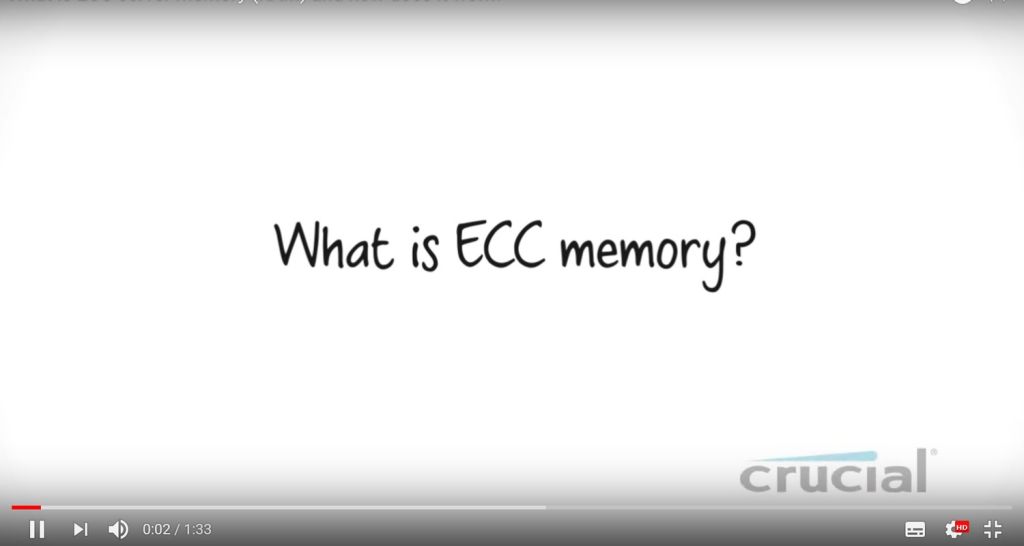 What causes the errors?

Single-bit errors can be silent, that is, they don't materially affect the data, but because memory cells are correlated, the effects of a single bit change can spread through a system.

ECC memory includes extra memory bits and memory controllers that control the extra bits in an additional chip on the module. ECC memory uses the extra bits to store an encrypted code when writing data to memory, and the ECC code is stored at the same time. When data is read, the stored ECC code is compared to the ECC code that was generated when the data was read. If the code that was read doesn't match the stored code, it's decrypted by the parity bits to determine which bit was in error, then this bit is immediately corrected. Syndrome tables are a mathematical way of identifying these bit errors and then correcting them.

As data is processed, ECC memory is constantly scanning code with a special algorithm to detect and correct single-bit memory errors.

In industries such as the financial sector and the scientific community, ECC memory is essential to maintain data integrity. Most server memory is ECC memory, as well. ECC memory further reduces the number crashes, which is very important in multi-user server applications.

Generally, ECC memory is more expensive and there can be a slight slowdown when compared to non-ECC memory. The other components in the system, such as the CPU and motherboard, must also support ECC memory.